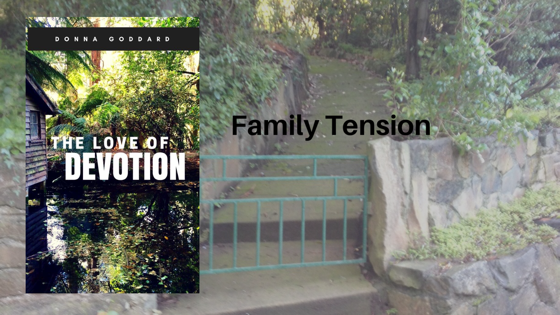 Many people think that it is only their own family that is dysfunctional and try to keep such things secret. Holiday periods, in particular, are notorious for family friction. If the tension gets strained enough, it will erupt leaving those in its wake battered and bewildered. The first step to healing such feuds and tensions is to be honest about their existence. The second is to discern the underlying issues which are beneath the, usually, trivial setting-off of the conflict. The third is to let wisdom and common sense speak about either boundary setting or, if it is possible, an honest and sincere reconciliation. Fourth, regardless of one’s decisions and actions, without forgiveness we will accumulate yet another grudge, adding to the many that are already part of a normal human consciousness. To carry a grudge is to shorten one’s life, poison one’s health, and contract one’s heart. Knowing this makes forgiveness an easier choice.

In many cases, under the guise of righteousness or entitlement or supposed care for another’s well-being, people will seek their own perceived victory. It may be driven by the desire for money, power seeking or jealousy. Silent but poisonous jealousy compares itself to another, comes out worse, and then seeks to undermine the other in order to make itself feel better about its own mistakes and shortcomings. Of course, in most people, all this is entirely unconscious and rarely acknowledged. They are ugly qualities and few will face and seek to eliminate them. What seems sweet to the ego is poison to the fulfilment of one’s soul and to true happiness. If people knew this, they would not be so tempted to betray that which is truly good for short-term gains which have the smell of sickness and duplicity.

In the end, in spite of ugly human traits, we must forgive it all, let it go, and release it from our preoccupied thoughts. After all, what is an ego to do? It is programmed for self-preservation. It sees personal gain as pivotal to its survival and success. It is only by dedicated, inward searching and the practice of embarrassing honesty with ourselves that we see these qualities or the seeds of these qualities in ourselves and thereby recognise them in others. We know what jealousy feels like. We know what the desire for power looks like. We know the prickly touch of resentment. We know the smell of money with its seductive call to a better, less stressful, and happier life. If we are human, we know these things.

If we are fortunate enough to be on a mental and spiritual path which clearly recognises these human foibles, we will gradually correct them. They will be replaced with a more mature, sincere, and loving approach to life. Surely, then, we can have the good grace to understand that those who are not yet on that path, do not have the ability to make the choices which are obvious to us from where we are standing. In the valley, some things which seemed like a great choice or even the only choice, look ridiculous from higher up the mountain path. Pain is the fuel of growth and each must suffer from unwise choices until the consciousness has matured enough to choose otherwise. Let us not be too hasty to damn those who do not yet have the good fortune of being on a path which leads to peace, success, and safety. The price of that path is willingness to share it with others and willingness to forgive those who do not yet know it is there.

This article is from The Love of Devotion