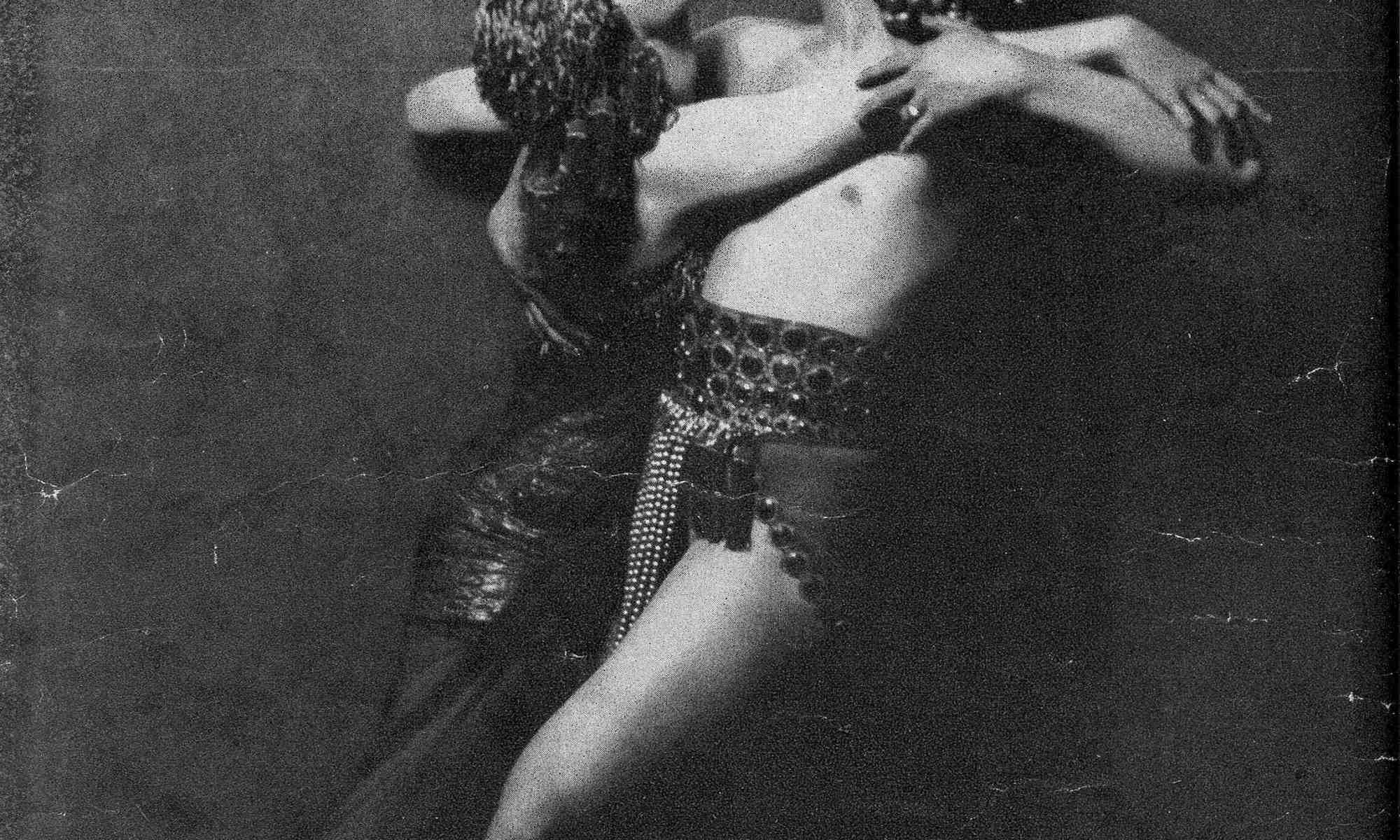 When Ted Shawn first saw Ruth St. Denis perform in 1911 he was enthralled. He was nineteen; a student fresh from religious studies and a ballroom dancer. He looked at the famous, thirty-two-year-old dancer with adoration. She combined his two great loves – dance and spirituality. Little did he realize that three years later he would see her again, she would employ him to perform ballroom dancing routines in her shows, and within the year they would be married.

Spirituality and dance were one and the same thing to Ruth. In the summer of 1903 when Ruth was twenty-four, she idly picked up one of her mother’s books. It was Science and Health by Mary Baker Eddy. The next six weeks were a turning point and laid the foundations of Ruth’s ongoing spiritual quest. She said, “I had never been even dimly aware of the tremendous new world that had now opened before me. All the hours I could spare were spent in reading this book or in going for long walks by myself. I was filled with wonder and a strange inward vibration which was unlike anything I had ever known before. This definite condition of spiritual ecstasy remained with me for some weeks and then gradually faded, and left as a residue a love of spiritual things and a realization of metaphysical values which has been with me always.” Ruth packed the book, along with the Bhagavad Gita and her Emerson books, for all her trips throughout the years.

Denishawn, named after both, was the child of Ruth and Ted’s union. It was a performing company, a top dancing school, and a cultural icon of the day. It was a child they nurtured for sixteen years together. Like all good parents, they both played their part. Ruth was the spiritual and aesthetic inspiration. It was she who fascinated audiences although, later on, Ted would become one of the most important male dancers of his era. Ruth was not good with money and could be emotionally restless and reckless. Ted tended to be more grounded. He maintained the structure and routine of their lives so that their company and school could continue to function. He was responsible for their financial well-being. Ted and Ruth were genuine friends but also genuine enemies. Both were very ambitious and they would often compete with the other with disastrous consequences.

Ruth’s free-spirited love of the Divine and, at the same time, honest and uncensored love of the human was the hallmark of her dancing. This combination made for a dynamic, captivating individual. Her dancing was a combination of raw physicality, exotic themes (based mainly on Egypt, India, and Japan), and uplifting choreography. She was held in awe by her many fans. They were, sometimes, left speechless after her shows. Some were speechless for other reasons: shock, confusion, indignation, and offence. Ruth was a brave dancer.

Ruth and Ted remained married for more than fifty years but the last three decades were spent apart and both were involved with a range of other relationships, including for Ted a number of gay relationships. They continued to dance with each other, on and off, even into Ruth’s eighties. Ruth’s relationships tended to be affairs of the heart and head more than affairs of the body. She longed for emotional and spiritual closeness. Later in their lives, Ted said to Ruth that their relationship held a meaning for other people and that both of them should honour that regardless of their circumstances.

“Life is naturally going to have ups and downs, comings and goings, pleasures and hardships, joy and pain. Let us be kind to ourselves, understanding that we are here to learn. And let us be kind to others, knowing that peace is the ultimate prize of life and nothing is worth more. Simply to side with peace is to disempower the ego’s hold. In so doing, the natural, beautiful, and healing rhythms of life have a chance to start singing their sweet song in our listening ear.” The Love of Devotion, Donna Goddard. I’d love you to follow my new author Instagram page 🙂 #authorsofinstagram #bookstagram #love #healing #peace #spirituality
“It is for the very reason that we cannot control other people and that they may be very different to us that something alive and interesting may happen in life.” Donna Goddard, Love’s Longing #authorsofinstagram #bookstagram #author #book #lovequotes #relationships #spiritualawakening #spirituality #relationshipquotes