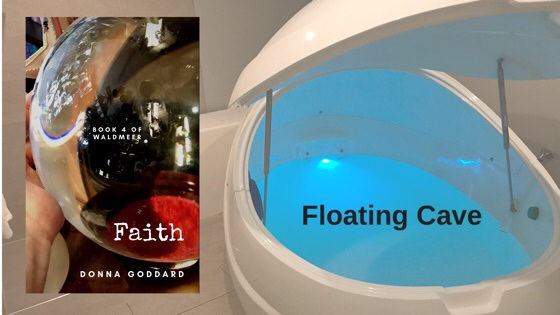 Chapter 26: Salt and Sex
In the Borderfirma Lowlands:

Floating Cave was sacred and secret. It wasn’t particularly hidden but only those who were meant to find it did so. It was a single cave within a large rock formation at the far end of Indra and her father, Peter’s, property in the Lowlands. An underground spring fed into the peaceful rock sanctuary creating a lukewarm pool. As there was no natural outlet for the water to pass through the cave, the water gradually evaporated leaving behind large reservoirs of salt and other minerals. Salt ponds are highly buoyant. In fact, it is impossible to sink in them and you have to make a concerted effort to roll over; not that you would as you would probably get salt in your eyes.

Unlike other salt lakes and ponds, the Floating Cave did not smell. Nor was it infested with brine shrimp and flies which make salt lakes unpleasant to swim in. Part of the Floating Cave’s mystery was how the water remained so clear, clean, and fresh-smelling. It was as pristine as a commercial flotation tank but it was much more beautiful and healing. Peter told Faith that he believed the monks, who had lived for centuries in the Floating Cave Monastery, extracted chlorine from the surrounding plants and that they would religiously treat the water so that it kept its purity. That sounded the most plausible explanation, except for one thing. Since Evanora had ruled the Borderfirma Lowlands, the monks had gradually disappeared until there were none of them left in the Monastery. Still, the water remained pure.

Faith stood at the entrance of Floating Cave. Gabriel stood behind her. A year had passed both in Borderfirma and Waldmeer. This was the first time Faith and Gabriel had seen each other in that time. They hadn’t spoken yet. Gabriel appeared next to the ancient bell of the Floating Cave Monastery a matter of minutes ago. The bell was a portal for interdimensional travel. It announced visitors with a ring and forewarned their departure with another.

Walking a few metres into the cave and gladly away from the early winter wind, Faith stood facing the quiet pond. Without glancing back, she began to undress; cardigan, shirt, shoes and socks, long skirt, underwear. She stood naked before the mystical water. Her white skin reflected some of the little light at the opening end of the cave. Gabriel had not yet entered the cave, however, he could see Faith clearly enough to know what she was doing. His gaze had not left her silhouette. As Faith walked slowly into the pool and was beginning to fade from sight, he instinctively entered the cave. Faith waited for him to reach the water’s edge. She lay on the water’s surface without having to use her arms or legs to stay afloat. Gabriel had trouble seeing Faith as she floated further away from him. His eyes adjusted somewhat to the cave interior and he saw that Faith was beckoning him into the water.

Once undressed, Gabriel walked into the water until he too succumbed to its power to make him horizontal. Although nervous, he lay back into the dense, consuming water and effortlessly floated. The water held his head like a pillow. It was body temperature and very comfortable. Amazing, he thought. Faith reached for Gabriel’s hand and gently pulled him towards her. She slowly manoeuvred them both towards the far end of the cave. It was very dark. Gabriel held onto her hand firmly. She put his hand on the cave wall so that he could feel its reassuring stability. She then slowly moved the whole way around the cave so that Gabriel knew how big the pool was. He held his hand lightly on the wall as Faith pushed them around the perimeter. His fingers ran over the particles of salt which were at the waterline.

As if to get him to relax more deeply, Faith put her hand on Gabriel’s chest and stroked it rhythmically. Her hand seemed to be saying, Relax, relax. Everything is fine. You are safe. Gabriel could hear a low, continuous rumbling sound. It seemed to be coming from deep in the ground or maybe it was the reverberation of noise from the rocks above. It wasn’t disturbing. It was soothing like a mysterious mantra that one repeats but has never learned what the words actually mean. Perhaps, it didn’t matter what the words meant. Maybe, the act of surrender was all that mattered.

Slowly, almost imperceptively, Faith drew her hand from Gabriel’s stomach to his lower abdomen. The feeling of relaxation which had settled at a pleasant plateau now went in the other direction. Gabriel could feel a growing pressure in his being. Passion. That feeling he knew. His body was tensing again. Not with stress but with desire. He drew Faith closer to him and, to his surprise, even with their weights combined, they still didn’t sink. He ran his hand down her back and onto her outer thigh. Faith responded by quickening her breath. Soon, both of their breathing was intensely reverberating around the cave. Then, after a while, all was quiet again. Empty, full, timeless. The low, rumbling mantra noise was no longer audible. Although they had released each other, Faith kept her fingers lightly on Gabriel’s arm as they lay motionless in the supportive water. Gabriel no longer wanted to move, stretch, or do anything with his body. In fact, he temporarily felt that he didn’t even have a body in that sensory altered environment of the cave. Everything was at such a perfect equilibrium; it was difficult to differentiate one thing from another, one body from another, one being from another.

Later, it may have been two hours or five minutes (it was hard to tell), Faith pushed her feet, one last time, into the back wall and they floated towards the entrance. Exiting the water felt like dragging another body as they regained their own weight. The air was biting against their wet, warm, naked skin and so they quickly dressed. The ancient bell of Floating Cave Monastery was ringing which meant it was time for Gabriel to return to Waldmeer. 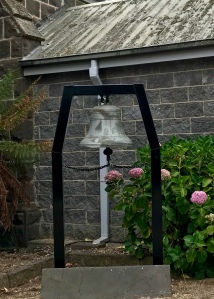 Gabriel touched the bell, smiled, and said as he disappeared, “Maybe, next time, we won’t use the cave. It’s very relaxing but the salt water is a bit stingy!”

Faith turned her face to the soft sun as Gabriel faded from sight and thought with amusement, I didn’t hear any complaints when we were in the cave.